Several months ago, I browsed Skyscanner for the cheapest return flights to Bali (Ngurah Rai International Airport to be more precise). Other than Malaysia Airlines, who have lost one to many planes for my liking, the cheapest available were with Qatar Airways.

I have to confess that I’d never really heard of Qatar (I’ve mainly flown with British Airways or Virgin when travelling long haul) but, after a quick google, I was pleasantly surprised to find that it is actually the ‘most on time’ airline and that economy had pretty good reviews! Following these discoveries, I quickly booked my flights and mentally prepared myself for 18 hours in the air…. 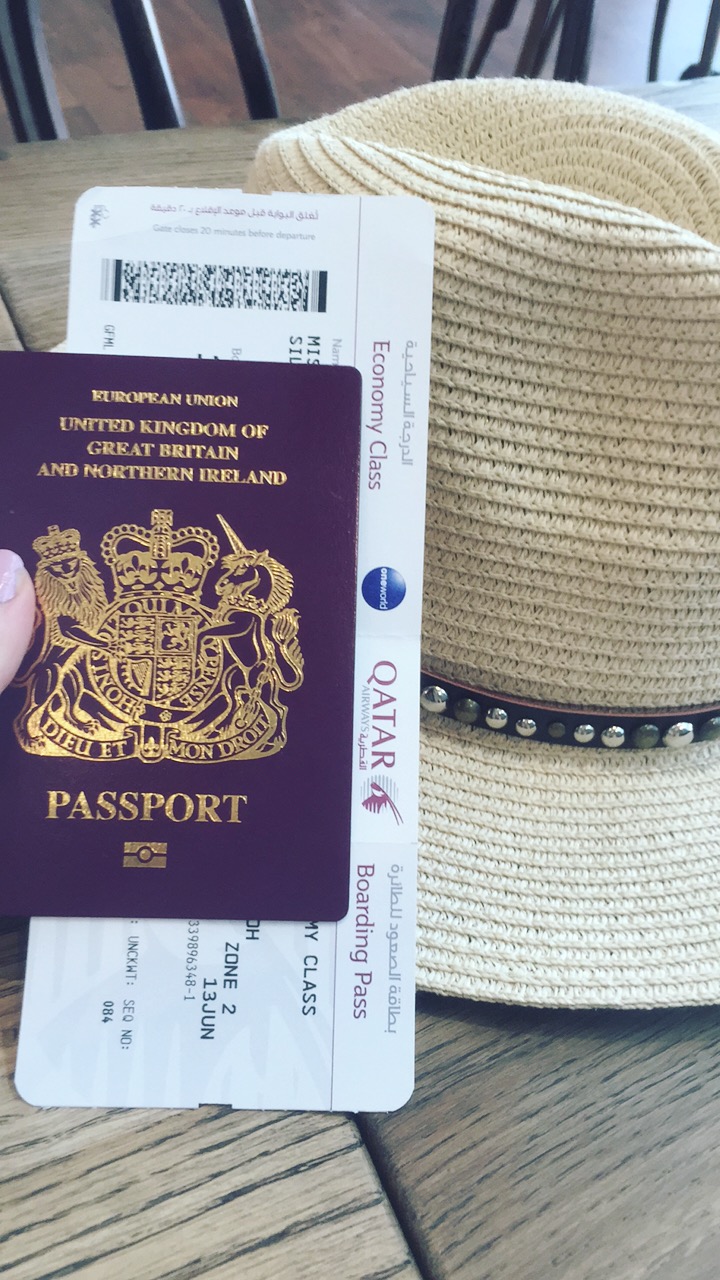 Now safely back on my home soil, I can say that overall I was impressed with Qatar Airways and would definitely fly with them again! But lets break the experience down:

Boarding was a blissful experience! Compared to budget airlines (who have no sense of order and boarding the plane inevitably turns into a free-for-all) Someone at Qatar Airways obviously has some brains because the plane was boarded in sections, with the next section only being called once the previous had taken their seats.

In this way, not only was I able to tuck into a snack while I waited for my section to be called but also once it was my turn to board, there was little to no queue and no fighting for space in the aisle… Like I said, blissful. 😉

SIDE NOTE: my cheeky googled proved me right as my flight then took off exactly on time (as did all my connecting and return flights)

I have to say that I was pleasantly surprised by the amount of legroom provided in economy on Qatar, as well as the seat’s comfort!

I’d somewhat expected to not even be able to cross my legs due to the closeness of the seat in front of me. However, in fact, I had ample room for leg crossing…

Even when the inconsiderate **** in front of me put their seat back 5 seconds after the seatbelt sign went off on my first flight- as you can see I’m not bitter about this at all. 🙂

TOP TIP: Qatar Airways allows you to choose your seat if you check in online! Not only would I recommend doing this as you can cut queues at the airport but, I’d also suggest picking a seat at the back of the plane… As most people opt for the front, If the planes not fully booked, there’s a strong chance no-one will be next to you!

on 2/4 of my flights to and from Bali, I had the row all to myself, meaning I was able to stretch out – basically business class. 😉

The best part of any long-haul flight (in my opinion) is the opportunity to watch back to back films without feeling guilty! So, how did the entertainment system on Qatar meet my binge watching needs? Very well indeed:

The airline had a good selection of new films available to watch (I finally got to see the New Beauty And The Beast – yay for me!) but also a good back catalogue of older films and TV shows. For example, I cried myself through the ending of Marley and Me and then regretted my decisions to watch it! 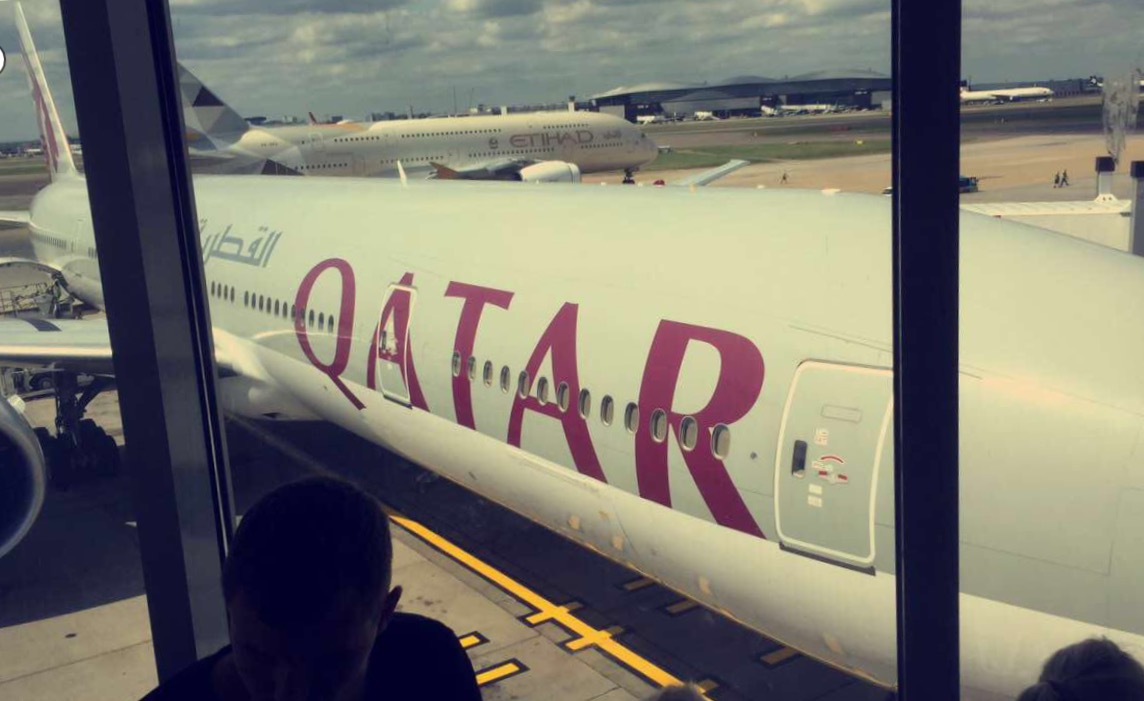 One thing that I will say however is that on my first flight the entertainment system was very slow and did not boot up until about half an hour into the flight… Although my subsequent systems worked perfectly, I saw other passengers having the same problem I’d experienced…

The service from the Air Stewards on my flights was mixed… All were very smiley but, on the several occasions I required help they took a rather long time to assist me!

Adding to this, at one point I was woken up for a meal; my understanding is if I’m asleep, I’m clearly not going to be wanting a meal…

So although good, the service was on par with most other airlines!

This leads me nicely onto the food provided which can be summed up in one word: Meh. it was nothing special but, nor was it hideous!

This said I wasn’t expecting a 5-star meal! At the end of the day, plane food is plane food… There’s a reason people don’t rave about it. 😉

Still, I was impressed with the food in the sense that I was provided with gluten-free meals on every flight – most airlines don’t ‘guarantee’ such a meal. Sitting at the back on most my flights, I was worried some health nut at the front would have taken my meal but thankfully they handed me one over every time with no bother!

Although not necessarily to do with my flights, I thought it was worth mentioning my transfer at Qatar international airport as its the airlines base, meaning a large majority of its flights stop over there!

My transfer was the swiftest I’ve ever experienced! I simply walked off the gangway and was directed through open double doors straight into the departure lounge – bypassing any security or bag check (slightly dodgy now I think about it)…

Either way, I do sort of wish that I’d seen more of the airport because it was like something out of Back To The Future with glass trains and a pristine white facade… I mean the transfer lounge had its own spa?!

As I said at the beginning of this post, overall I was very impressed with Qatar Airways and don’t have a bad word to say about my experience travelling with them (other than my nitpicking)…

Have you Travelled with Qatar? Or a similar Airline and have some thoughts to share? I’d love to hear from you in the comments below 🙂