Nowhere is filled with more quintessential British charm than the Cotswolds. It’s an area full of outstanding natural beauty and quaint hamlets, where each village is as picturesque as the next!

However, this does mean that choosing where to go in the Cotswolds can be a challenge, visitors are simply spoilt for choice! So whether you’re visiting on a day trip from London, or enjoying a rural holiday, here are the very best villages in the Cotswolds that you need to visit.

Starting with one of the smallest, but maybe the most charming of the villages in the Cotswolds: Great Tew. 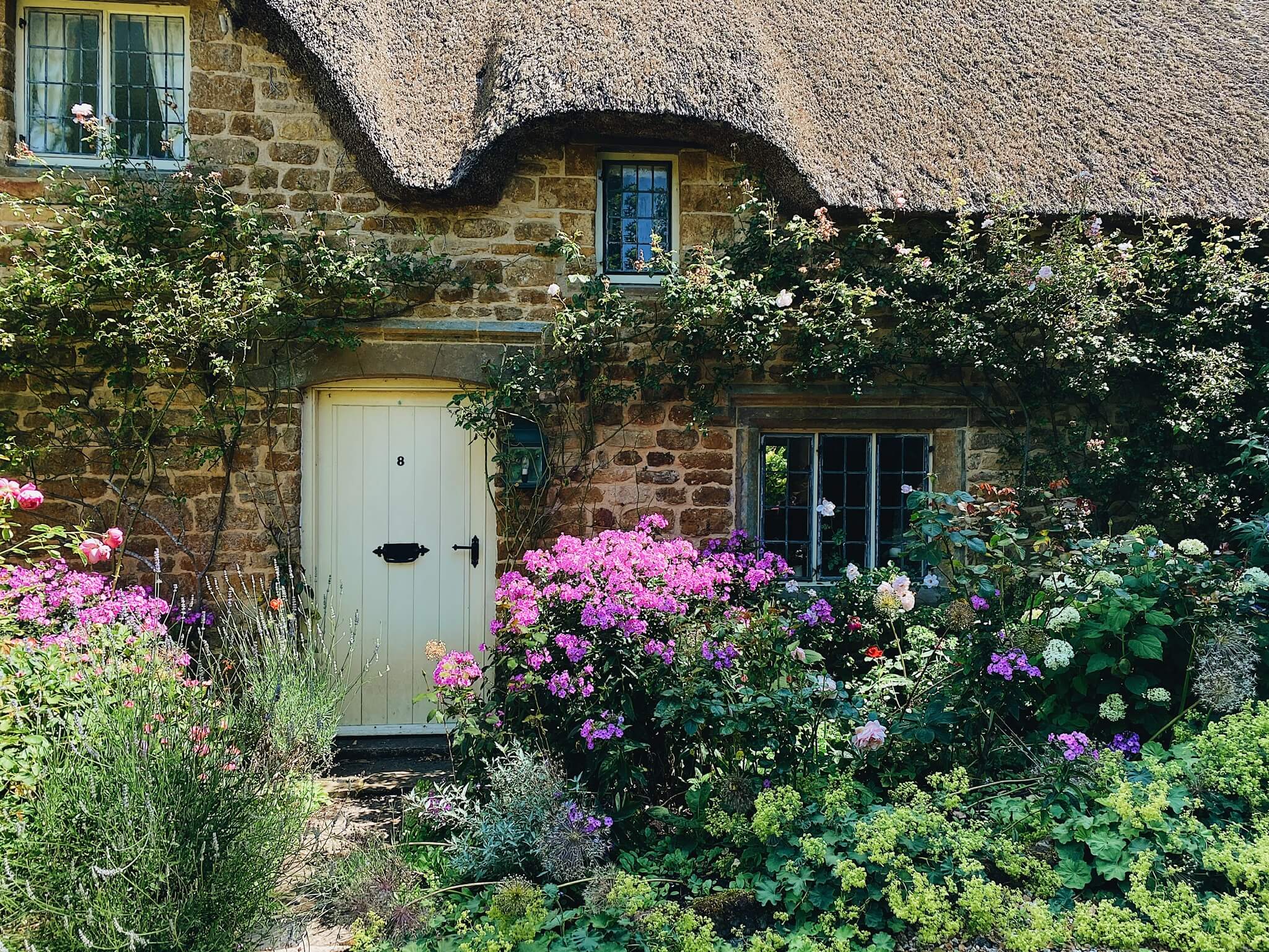 Although located on the edge of the region, Great Tew is still filled with all the traditional Cotswolds charm you’d expect to find. Interestingly, much of the village, and about 3,500 acres of the surrounding land, is still owned by the Great Tew Estate, which can trace it’s history right back to Saxon England and William the Conqueror.

Because of this, the village has remained largely untouched by modern development, so wandering passed the honey-coloured thatched cottages really is like stepping back in time!

Make sure you also keep an eye for celebrities as you explore Great Tew… Thanks to the breath-taking scenery and the nearby Soho Farmhouse, famous faces such as the Beckhams are known to own houses in the village!

However, for me, what makes Great Tew so special is the 16th-century local pub. The Falkland Arms doubles as a B&B and has been voted as one of the best pubs in the Cotswolds… My parents have actually stayed here several times and loved everything about it! From the pleasing surroundings to the delicious food.

Next up is two of the prettiest villages in the Cotswolds, Upper and Lower Slaughter… You’ll be pleased to find out that their names have absolutely nothing to do with killing things, and instead translates from the old English word Slothre, which simply means ‘muddy place’.

However, straddling the banks of the River Eye, these Cotswolds villages have come far from their ‘muddy’ beginnings. They’re now as picture-perfect as it gets! The top thing to do is tour the Old Mill in Lower Slaughter, but otherwise, it’s all about simply enjoying the idyllic setting…

This said you might also be tempted to go for a little paddle in the stream on a hot summers day! 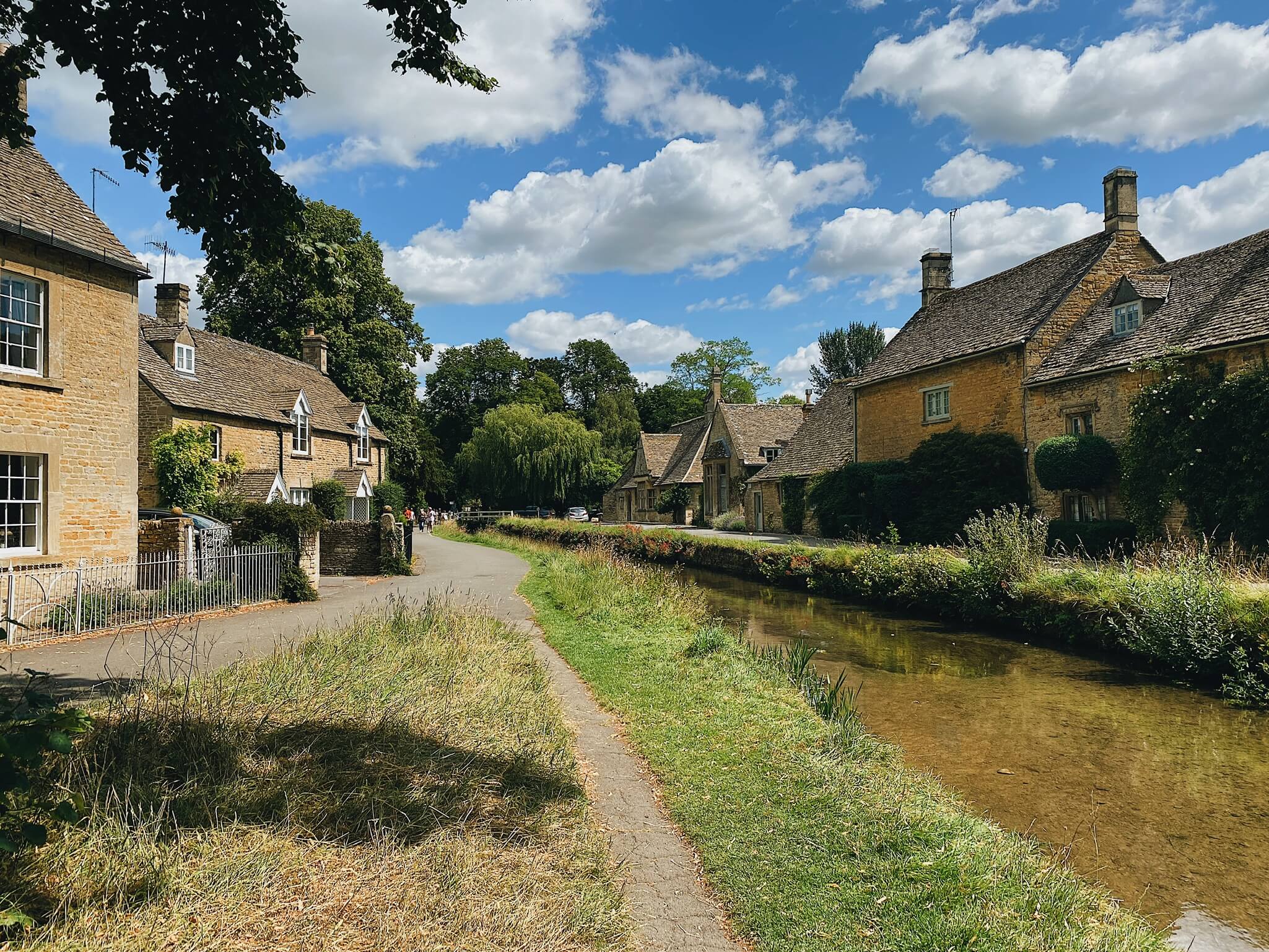 TOP TIP: I found that parking in the villages is limited! So it’s best to walk between the villages once you find a spot! The walk is short, and the scenery stunning, so it’s worth doing anyway!

3) Best villages in the Cotswolds: Bourton on the water –

Bourton on the water is probably the most famous of my best villages in the Cotswolds. It’s often compared to Venice thanks to the many bridges that cross over the River Windrush in the town center.

One of the bigger Cotswold towns, Bourton is filled with pubs, shops, and tearooms meaning there are lots of things do. However, coach parking means the village is often filled to the brim with tourists visiting on organised day trips from London or Bath. 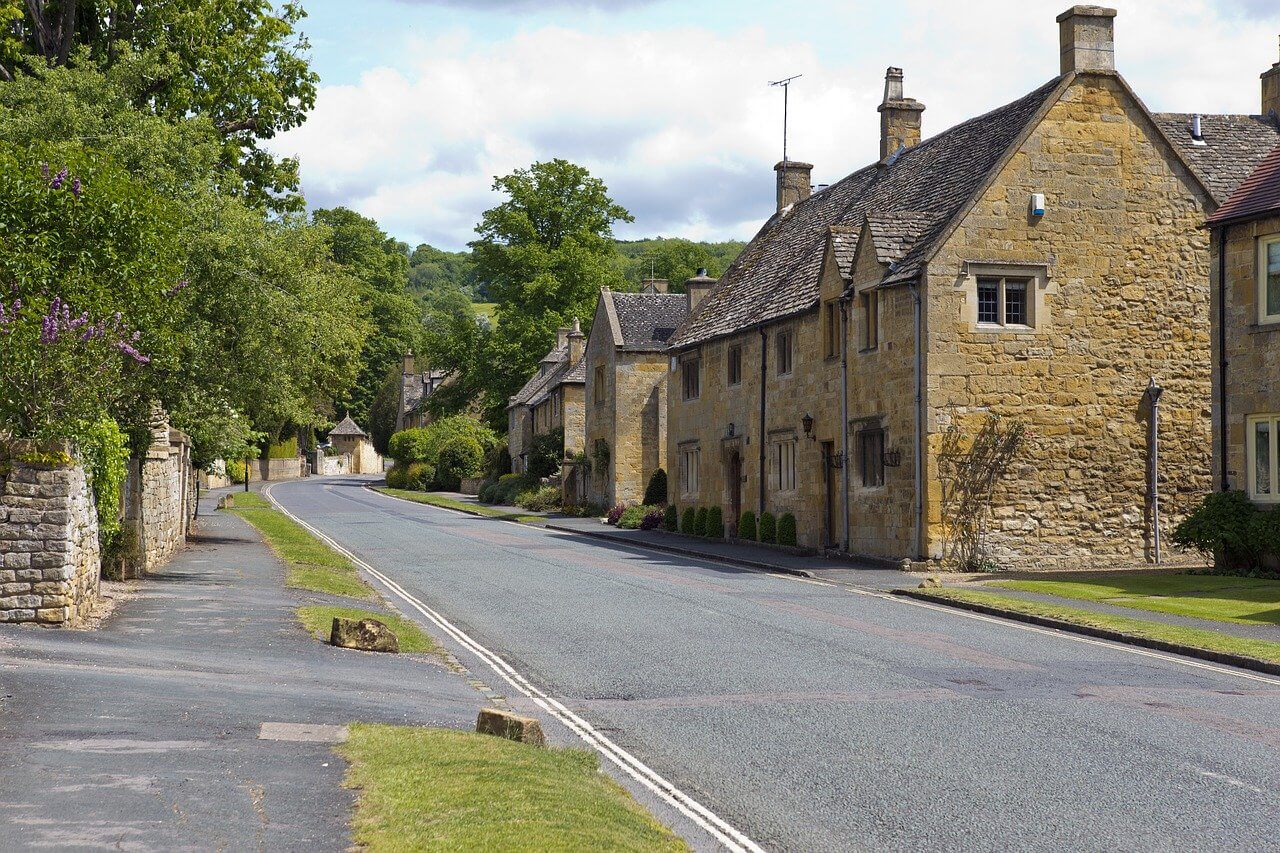 I find this sadly takes away from the charm! For example, on my recent visit, it was so packed when we drove through the town that we decided not to stop. Especially since there’s many just as pretty villages in the Cotswolds to discover, where there are few obvious tourists!

This said, if you’re able to visit on a quiet day then there’s definitely still much to enjoy about the undeniable attractiveness of the old world architecture and little bridges of Bourton on the Water!

Burford (Best villages in the Cotswolds)

Only a few minutes from Bourton on the Water, Burford also sits along the River Windrush, and has a rich history dating back to the middle ages! It’s bustling high street is home to the oldest pharmacy in England, which has been open since 1734.

In addition, there’s just something magical about this little town! The ancient buildings feel like they’ve been taken right out of the set of Harry Potter… Which alone should make it one of the best places to visit in the Cotswolds. 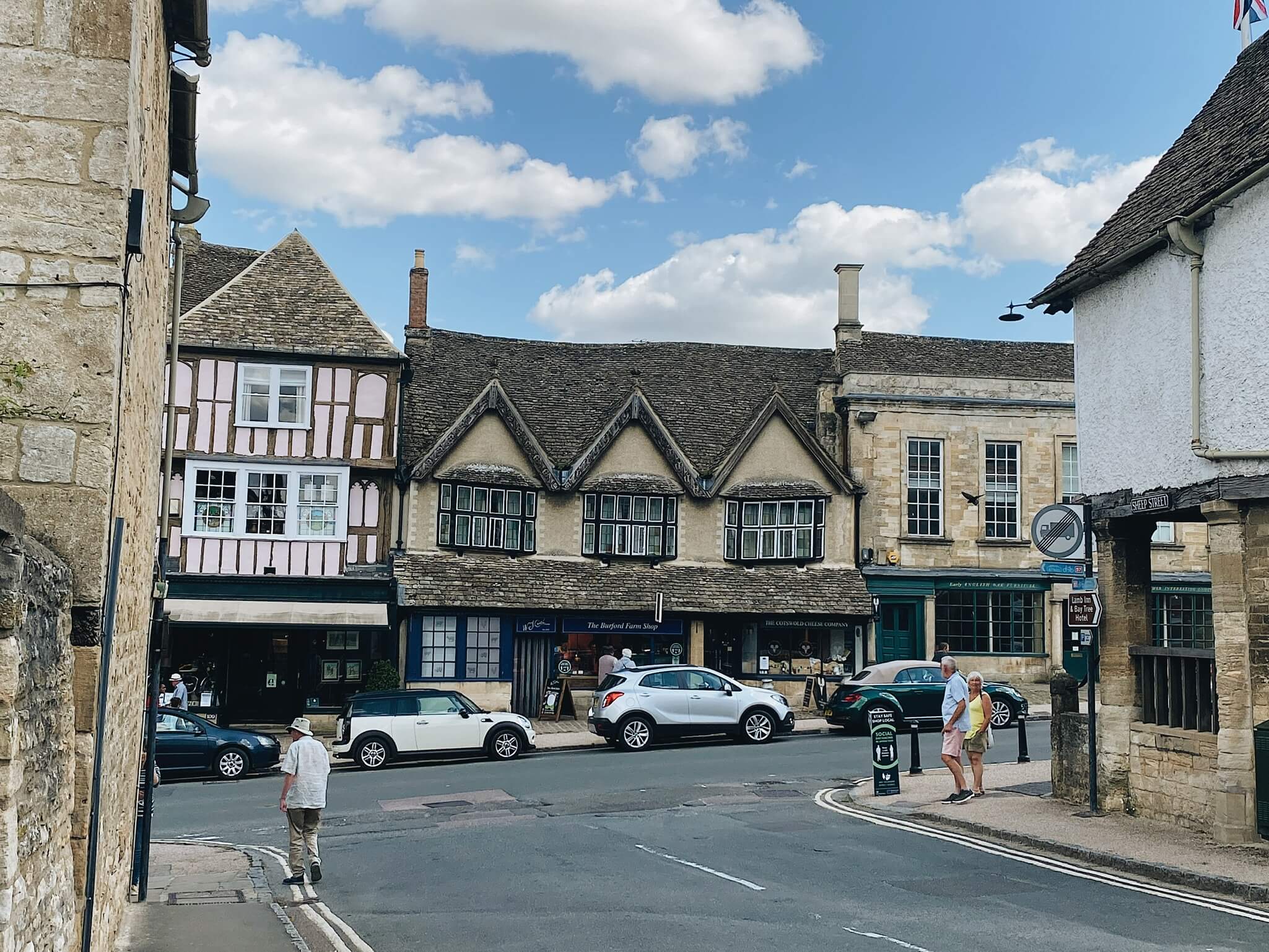 TOP TIP: Make sure you walk up the steep hill at the end of Burford High Street, as you’ll be treated to some of the prettiest cottages in the village and gorgeous views over the rolling Cotswolds hills!

Picturesque enough to inspire the fictional worlds of many writers, and feature in several blockbuster films, such as War Horse, Castle Combe is referred to by many as one of the prettiest villages in the Cotswolds… and even in the whole of England.

Much like Great Tew and the Slaughters, there’s not much to do here other than wander around, take in the charm of its limestone cottages, and fall in love with rural life.

However, it’s a must-visit nonetheless!

So there you have a summary of the most beautiful Cotswolds villages. What’s great is that you could easily take this list as the ultimate Cotswold day trip guide as all the destinations mentioned are within a short and easy drive of each other!

This said I’d love to visit for a longer break as while these are certainly the best villages in the Cotswolds, there’s much more to discover in the region, from great walks to vast stately homes…